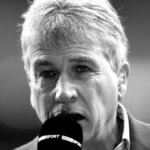 Chase Carey sounds like a movie star, and in his new role as chief executive of Formula One he is coming over as a cross between Michael Douglas in Wall Street and a senior official in the White House. He exudes power.

There’s something about cufflinks. But you don’t get to be as big a player as he is without walking, and talking, an awful lot of sense, so when he talks about Formula One’s predictability and its lack of competition as being a major turn-off for a lot of sports fans and commercial organisations, the industry listens. How the sport adapts and changes in the coming years will in many ways be far more interesting than the races themselves.

Which takes us back to the Cheltenham Festival, and forward to the future of jump racing. There is no greater event in the sporting calendar – “period” – as Chase Carey might say. But driving away from jump racing’s home on the Friday afternoon, after the empires of Gigginstown and McManus, Elliott and Mullins had dominated the four days in the manner of Mercedes and Ferrari, and you had to wonder about what direction the festival was heading in.

Jump racing has never been flat racing, and that’s its greatest joy. It was always a sport with a bit of business, as opposed to flat being a business with a bit of sport tossed in. The lack of breeding opportunities post-racing career ensured that it retained a very egalitarian air in terms of competition.

But not anymore. To attend the sales ring at Cheltenham on the Thursday night was to see hands raised to buy equine stars of the future like at an IPL auction. Does anybody really care about the IPL? A fast-food takeaway sporting event that is hugely enjoyable at the time and utterly forgettable less than 24 hours later.

It is not just idle nostalgia to recall the victories of Norton’s Coin, and more recently Coneygree in the Gold Cup. Elements of romance are essential in giving a broader brush to sporting events. The FA Cup may have ended up with four of its biggest clubs in the semi-finals, but Lincoln City and Sutton United made last season’s competition one of the most memorable in years.

So that’s the challenge facing jump racing at a time when the best horses cost lots of money, the pool of potential buyers gets smaller and smaller, while the number of ‘smaller’ trainers in financial trouble gets larger and larger. Is it feasible to restrict the number of horses in a race that are either owned or trained by the same person?

Is it legally possible, desirable or even ethically justifiable to restrict the number of horses that an individual can have with a single trainer? Why should National Hunt racing not be subject to the simple laws of supply and demand that drive every other sport? If you can’t afford to buy a good horse, then settle on the 3.40 at Market Rasen. Let the big dogs play on the biggest stage, even if they have it to themselves.

But that’s the problem. When you get to a point where only the few can win, the product is diminished in the eyes of not only its devotees, but also the occasional onlooker, and the prospective investor – be that in terms of time or money. When it comes to the Abramovich’s of jump racing, no one doubts their lack of commitment to, or love of the sport. Their passion is undisputed and their joy in victory (and equally their despair when tragedy befalls one of their horses) is clear for all to see.

Albeit, we’re only at the start of this cycle, so let’s have an honest discussion about it now, before the eight runners in the 2022 Gold Cup are all owned by just two people and come from just two yards, whichever they might be.

Is there something that everyone involved in this sport can do to maintain its unique flavour and competitiveness? Cheltenham’s exponential upward curve towards the pinnacle of the sporting calendar has been a joy to watch and to be part of. Predictability could be its undoing in the years to come. Ask Chase Carey.